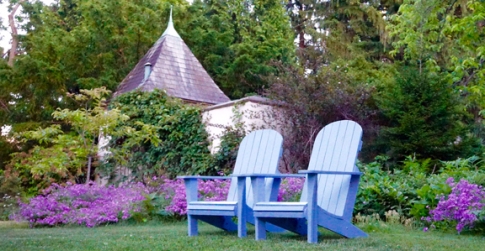 Chanticleer Garden, the former estate of the Rosengarten family of pharmaceutical fame, is a relatively small “pleasure garden” in the suburbs of Philadelphia. Since opening to the public in the early 1990’s, it has quickly become, in the words of Garden Design,  “America’s most inspiring garden.” Good call, Garden Design.

I just finished a six-month stint interning at Chanticleer as part of my two-year academic program at the New York Botanical Garden’s School of Professional Horticulture. I had three goals: to expand my plant palette, to learn progressive horticultural practices, and to engage in dialogue with Chanticleer staff about garden design. I looked forward to being in a supportive learning environment and connecting with the larger gardening world. In taking me on, the staff at Chanticleer committed to providing these opportunities. Six months later, what’s my assessment? Did Chanticleer live up to its reputation and its promises?

In a word, yes. The Chanticleer staff, known for their seemingly boundless knowledge, skill, and generosity, really are as groovy as their reputations suggest.

So what’s it like? Every week starts with a Monday morning staff meeting. At most other work places, this would be time for the director to tell everyone what to do and how to do it. However the director of Chanticleer, Bill Thomas, has a different method. He starts the meeting by going around the circular table and asking each staff member to share with the group what she or he has planned for the week. That’s a big difference – asking versus telling. It reveals one of the biggest secrets behind Chanticleer’s magic. The role of the director is one of knitting together a tapestry of visions. Rather than imposing some kind of singular objective, Bill understands that the flow and rhythm of a great garden is exponentially amplified by the diverse expression of its staff. 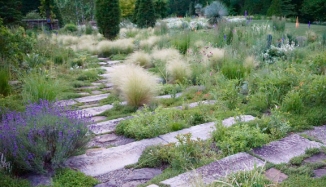 From there, gardeners fan out across the grounds. Dan is making killer container combos  at Jackson House and stuffing the Tennis Court with as much variegated foliage as he can get his hands on. Emma is blending formality and insanity at Chanticleer House, and building walls of color in the Cut Flower Garden. Lisa is guiding the Fantasia of self-sowing perennials in the Gravel Garden and orchestrating mystery in the Ruin. Przem, a bona fide genius, is doing God-knows-what in Bell’s Woodland. Doug is making the parking lots look classy (How does he do that?), pruning trees and managing the Long Border. And Joe is dividing his time between fattening the koi in the Pond and transporting visitors to another hemisphere in the Asian Woods.

As part of their training interns rotate among the head gardeners and learn the nuts and bolts of their personal methodology. While at Chanticleer I was also inspired on a daily basis by the four other incredibly passionate and intelligent interns who shared my time there. 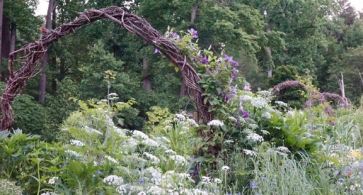 I think the spirit of Chanticleer can be summed up in one image that is burned in my memory. At the end of every staff meeting, Bill Thomas encourages staff to “Go forth and make the garden even more beautiful.” An impossible task, one might think, given the high bar the gardeners have already set. And yet, day after day and year after year, the people at Chanticleer vault that bar.

Please go to Chanticleer. It will enrich your life. I promise. 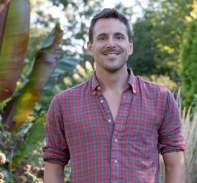 Christopher Freimuth is a gardener and landscape designer based in New York City. As a student at the New York Botanical Garden’s School of Professional Horticulture, he spent the last six months interning at Chanticleer Garden in Wayne, PA. To learn more about his experiences, visit www.cwfreimuth.com or follow him on Instagram at @cwfreimuth.