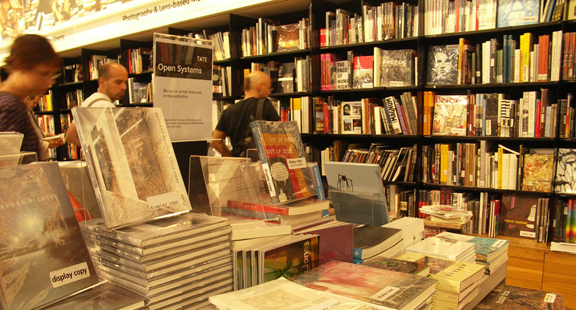 When my first book, The Year-Round Vegetable Gardener, was nearing release in late 2011, I realized that I needed a game plan to spread the word. My publisher had an in-house marketing department but that didn’t mean I shouldn’t also take responsibility for my book’s marketing. I began to talk to fellow authors, research marketing strategies, and scour the internet for advice and ideas.

From my research I developed a marketing game plan. I joined social media (better late than never!), placed the typical author order of postcards and bookmarks (waste of time and money), and wrote posts on my blog (definitely worthwhile). Since then, I’ve written two more books. With my latest one set for release in 2017 I’m once again beginning to shift into marketing mode.

My marketing strategies have changed dramatically since that first book in 2011. I’m more active in GWA. I travel across North America to talk to gardeners at clubs, shows, botanical gardens, and conservatories. I’ve even become a savvy social media marketer. Here are four homegrown marketing strategies gleaned from my experience that I’ll be using in 2017. END_OF_DOCUMENT_TOKEN_TO_BE_REPLACED 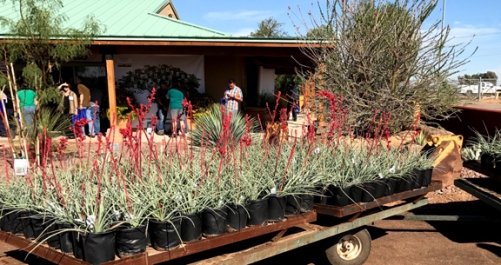 As a horticulturist in the desert Southwest, I rely on attractive, drought-tolerant plants for

my client’s landscapes. Plants that I use must thrive in our hot, dry climate while providing beauty. Years ago, few plants fit those criteria, leaving much to be desired. Today, this has changed with local nurseries filled with a large variety of flowering plants and succulents that flourish with little attention to drought tolerant gardens. Many of the arid-adapted plants that we have access to today are due to nurseryman Ron Gass of Mountain State Wholesale Nursery. 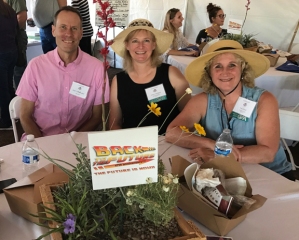 When he arrived in Arizona in 1969, Ron took on the challenge of finding plants suitable for Southwest landscapes. That same year he founded Mountain States Wholesale Nursery (MSWN). His goal was to find native and arid-adapted plants with improved flowering, larger blooms, and less maintenance. Over the years this nursery has become a preeminent grower and developer of arid-adapted plants.

To celebrate their 47th anniversary MSWN recently opened their doors to landscape professionals and writers. GWA’s Region VI Connect event took place at the open house celebration. The folks at MSWN gave us a warm welcome as we arrived on a beautiful, sunny November day.

Before the festivities began, we held our Connect meeting with fellow GWA member 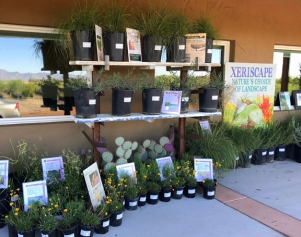 Nicholas Staddon, serving as our host. Members shared with each other the challenges and joys of being a garden communicator in the Southwest. We agreed that people are expressing more interest in gardening. People see it as a way to enrich their lives while benefiting the earth as they focus on growing native plants or plants adapted to the regional climate.

After our meeting was over, we joined the open house festivities. We began with a trolley tour of the 120-acre nursery led by Bart Worthington, General Manager of MSWN. He drove us through fields filled with over a million plants including several new varieties not yet available to the public. MSWN frequently introduces new cultivars and trademarked plants that consistently demonstrate that the Southwestern plant palette isn’t limited to cactus. Of particular interest to us were new varieties of desert willow (Chilopsis linearis) and members of the Hesperaloe group. I know that I wasn’t the only one who was tempted to jump off the trolley to examine these new plants more closely. 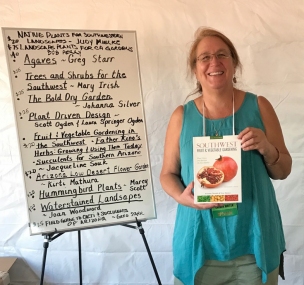 After the field tour we strolled through collections of plants that were introduced by MSWN throughout their 47-year history. Then we enjoyed lunch underneath white tents. Conversation flowed freely between landscape professionals – except for the occasional interruption of F-16 fighter jets from the Air Force Base next door.

During lunch I experienced an unexpected thrill when MSWN founder Ron Gass and his wife Maureen sat at our table for lunch. Ron was incredibly gracious. I felt honored to have had the opportunity to visit with the man who has impacted my career, allowing me to create beautiful outdoor spaces with plants he had developed.

At the end of the event, guests received their choice of one of the newer varieties of

Hesperaloe cultivated by MSWN. I chose a ‘Pink Parade’ Hesperaloe to take home. It is now planted in a prominent spot in my garden to remind me of that special day. 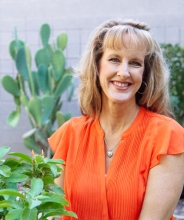 Noelle Johnson is a horticulturist, landscape consultant, and certified arborist from the desert southwest. Many know her as the “AZ Plant Lady.” She is passionate about helping people create beautiful, drought tolerant landscapes using plants that thrive in arid climates. In addition to her garden blog, “Ramblings From a Desert Garden,” she has written for several publications including Birds & Blooms, Home Depot, Phoenix Home & Garden Magazine, and Tractor Supply Company. She can also be contacted on Facebook at AZPlantLady and Twitter at AzPlantLady. 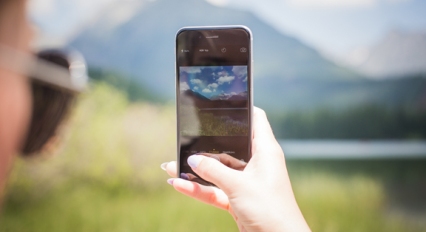 Give three people the same camera, have them stand in the same place, and you’ll get at least three different photographs. That said, different cameras do have their strengths and weaknesses. The art of choosing a camera is to find the best compromise that works for you.

Any modern camera is capable of capturing a decent exposure. It’s not the camera that makes the photograph. The person holding the camera uses their creativity, knowledge, and experience to channel their vision through their camera to create an image.

As I look at the market today, I see four major categories of cameras: cellphones, compact “point and shoot,” mirrorless, and single-lens reflex. Here’s a quick rundown on each of their strengths and weaknesses.

Cellphone Cameras – If you’re like me, this is the camera you always have with you. No wonder it is so popular.

Compact “Point and Shoot” Cameras – These cameras are small, lightweight, and usually incorporate a zoom lens. Like cellphones they’ll fit in a pocket.

directs what the lens sees to an optical viewfinder, they have an electronic viewfinder or rely only on a digital display on the back of the camera.

Single-lens Reflex Cameras – Back in the film days if you were a serious photographer you had to have a SLR camera (make that a DSLR now for the digital version). Even with the new technology, it’s still hard to beat a SLR for the greatest control.

Ultimately, you’ll choose a camera in one of these four categories. But within each group there are many makes and models to choose from. So how do you decide?

First, think about the features that are most important to you and narrow your list to the ones that have those features. Then visit your local camera shop so you can actually hold and play with the cameras on your short list. If possible, rent your top choices so you can make actual pictures with them.

Technical considerations aside, almost every camera choice I’ve made has come down to ergonomics. Does the camera feel comfortable in my hands? Can I see the picture in the viewfinder? Can I find the settings I need in the menus? How easy is it to change the settings I use the most?

If you’d like to read more of my thoughts about choosing a camera, I wrote an article for

my online newsletter back in 2010 about selecting a pocket camera. The models have changed since then, but the critical questions are the same. You can read it at 10 Things to Look For When Choosing a Pocket Camera. You also might benefit from going to DP Review and comparing camera specs and read reviews. 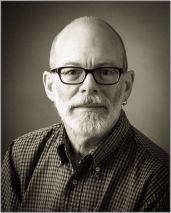 Mark Turner has been photographing gardens professionally for more than 20 years. His work has been published in numerous magazines and books. He’s the photographer and co-author of two popular field guides published by Timber Press, Wildflowers of the Pacific Northwest and Trees and Shrubs of the Pacific Northwest. He lives, gardens, and currently makes more of his family’s income photographing families in Bellingham, Washington. Learn more about him at Turner Photographics.