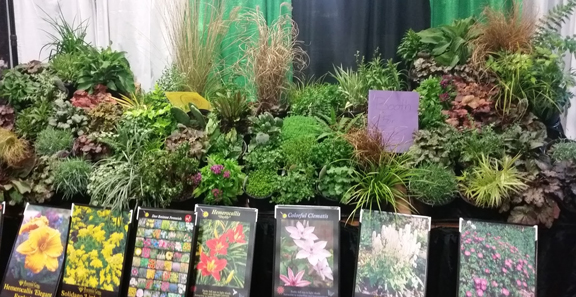 Thursdays are busy days for me. I get up, get my kids to their respective schools, and try to get a little sanity before picking them both up again later. However, I also like to spice things up when I see an opportunity. So this January, after a small snafu with my babysitter, I was able to slip away by 12:30 and head to North Carolina Nursery & Landscape Association’s Green and Growin’ 17 in Greensboro, North Carolina. 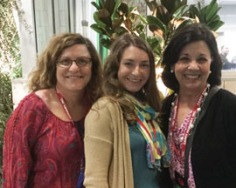 The trip was a little over an hour’s drive from my home. Soon I was signing in for my complimentary badge. A big thank you to NCNLA for letting GWA members attend for free.

I had attended this trade show last year, but I was still overwhelmed when I walked in the front door. There were booths and people in every direction. I found some amazing plant displays, as well as ones for tools and heavy equipment. I talked to several representatives of local nurseries that I had met before and met several more that I hadn’t realized were working in my area. I even found a local plant wholesaler whose business owner’s mother walks through my neighborhood and chats with me and my boys often. Small world!

Walking the trade show floor was an adventure. Along with meeting up with some of the GWA members on the floor, I found several friends from North Carolina State University that I don’t get to chat with often. There was also some sort of putt-putt tournament at a lounge that was drawing in quite a crowd. I didn’t stay for the final scores. 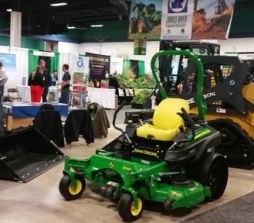 Networking is one of the most important parts of NCNLA. I was able to meet several of the NC State professors I’ve worked with online but never seen in person. I had a long, impromptu conversation with my horticulture major advisor about my upcoming research. We also spoke with some of the nurseries we will be working with this coming summer.

Even though I only spent about four hours at the show before closing, my feet were tired. I felt like I’d “seen” everything even though I hadn’t had enough time to spend visiting every booth. You really need more than four hours to get the full experience.

As fun as the trade show was, and as fun as it was seeing some of my friends from the university, perhaps the best part was the GWA Connect meeting afterward . We retired to the bar at the hotel where the bulk of the conference was being held. We were a small crowd, but that lent itself to more personal conversations and connections. We even had some of the nursery representatives stop by to introduce themselves.

I left that evening for the drive home wondering if I could manage my schedule to drive back down for the day Friday, as well. Although Green and Growin’ isn’t one of the biggest shows in the country, it sure has a lot to offer. I left excited to find some more shows to attend and ready to return again next year. 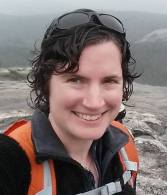 Anelle Ammons is a plant geek, garden writer, and graduate student in horticulture at North Carolina State University. When she isn’t playing with her husband and two sons, she can be found in the garden, on a hiking trail, or sharing horticulture on Twitter at https://twitter.com/anellesgardenin .