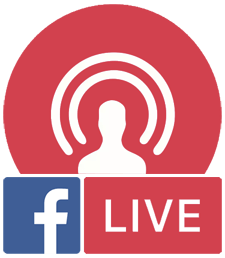 This blog post originally appeared as an article in the March-April 2018 issue of On the QT, GardenComm’s newsletter. “GWA” has been changed to “GardenComm” to reflect our new change.

Many GardenComm members use Facebook to promote their products and communicate gardening messages. With almost two billion monthly users, Facebook can be an effective platform for building a garden communicator’s business.

About a year ago, Facebook launched Facebook Live (FBL), enabling users to broadcast and interact with viewers. Viewers can comment during the event and the user or broadcaster can reply in real time. Once posted, the video can be re-purposed for other communications such as a link in an e-mail newsletter.

Facebook Live can be spontaneous, inexpensive and yield a high level of viewers and engagement, resulting in an increased number of followers (or customers). Using FBL garners more viewers because Facebook prioritizes live posts and high engagement activity.

According to Facebook’s website, “Facebook Live videos are more likely to appear higher in News Feed when these videos are actually live, compared to after they are no longer live. On average, people spend more than three times more time watching a FBL video compared to a video that is no longer live and to comment more than ten times more on a FBL video than on a regular video.”

Eleven GardenComm members responded to a callout for people to talk about their use of FBL as a promotional tool to increase their reach and build their following.

Most learned to use FBL through trial and error but all agreed that it was simple to learn. All the respondents recommended FBL, provided that you are comfortable in front of a camera and there is high quality content. Interestingly, the live feature adds an attractive human dimension.

“My business coach told me about how much the Facebook algorithm prioritizes Facebook Live videos over pre-recorded videos or written content,” said Katie Elzer-Peters. “I decided to try it and was amazed with the number of eyeballs on my video, which translated to new leads for my business.”

A few were intrigued after hearing about or seeing others use FBL. “I saw a lecture about using Facebook Live as a promotional tool at the GardenComm conference in Atlanta, and I decided to give it a go,” Jessica Walliser said. “My first video was about growing sesame seeds from the garden at the Atlanta History Center the very next day. It was watched almost 2,000 times and shared by over a dozen people. I couldn’t believe it!”

Kim Roman conducted weekly book giveaways for the Square Foot Gardening Foundation culminating in short FBL posts. “Since using videos and FBL, our reach has definitely increased—from about 400 for a regular post to at least 1,400 for a FBL event,” Kim said.

“It is imperfectly, but uniquely, a great way to invite people to follow you, and then they also will read your written words,” Jen McGuinness said. “I recommend using Facebook Live because it helps showcase your personality and provides a human element to those who are only familiar with your writing or photography.

Dee Nash: An external mic is the best way to have good sound. However, with just my iPhone 7, I can make pretty good Facebook Live videos.

Gary Bachman: Landscape view, use a wired lapel mic or Bluetooth. Do not rely on the omni-directional phone mic. Use a tripod with the camera set a little above eye height (my personal preference). Selfie sticks will work but tend to move unintentionally, making it harder to view. If you want to build your audience, be consistent. Keep it short—five to seven minutes.

Jessica Walliser: Keep it short—three to four minutes. Find something interesting to show people. Teach them something; a quick tidbit they can use in their own garden. Hold the camera steady and vertically. If you mess up, don’t stop and say “I messed up, let me try that again.” Just keep going.

Kim Roman: Announce ahead of time that you’re going to do a Facebook Live event; give the date and time, including the time zone. When you start your session, say something interesting but “fluffy” and give people a chance to gather—keep this under a minute.

Katie Dubow: Plan at least two to three minutes of content, because the longer you are on, the more people will see your video.

Erin Schanen: Even if you don’t have a large audience for the “live” video, it will still get a lot of views when you post it to your page. Go back and answer questions you might have missed and post links (affiliate, if possible) to the products and plants you talked about. I use the same wireless lavaliere mic I use for videos, but a wired lavaliere will help too.

Chris Link: Make sure whatever content you are posting is well thought out and worth people’s time to consume it.

Katie Elzer-Peters: Write notes for what you want to cover ahead of time. Commit to a regular schedule. Include a call to action: Like your Facebook page, buy your book, subscribe to your email list. Summarize at the end of the video. Use a tripod.

Jenny Peterson: To practice, set up your Facebook post as if you were doing a live video, but change your privacy setting to “Only Me.” Put your phone on “Do Not Disturb.” Make sure your Wi-Fi connection is strong. Interact with your audience, even if nobody is commenting.

Jen McGuinness: To prevent the phone’s battery from being drained, plug the phone into a portable battery in your pocket. To prevent a shaky transmission, use a mount for your phone.

Horticulturist and writer Peggy Riccio publishes PegPlant.com, which features local gardening news, resources, and plants for those who garden in the metropolitan Washington, D.C. area.